From 34-ID-C
Jump to navigationJump to search

Apply for beamtime at 34-ID-C

The detector arm can move in two dimensions.

Delta is the axis perpendicular to the floor, essentially moves the detector horizontally. The range of Delta is -2 to 45 degrees. Although it can be a little larger if the other detector axis is increased. Gamma is the axis parallel to the floor. It effectively moves the detector up and down. The range is dependent on the configuration of the instrument. It can be as much as 150 degrees.

The typical sample mount for STP measurements in air is a Thorlabs KBT1x1 magnetic kinematic mount. The usual fixation method is double sided sticky tape, though wax and nail polish are available. 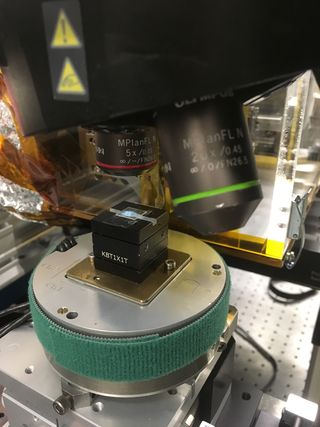 The heater cell is capable of several hundred degrees centigrade. Improvements are underway to reach up to 1000 C. It also supports gas flow through the chamber. It is not vacuum compatible. 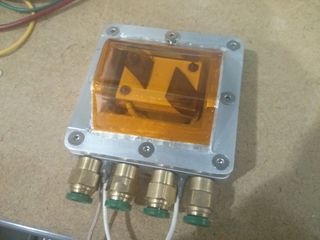 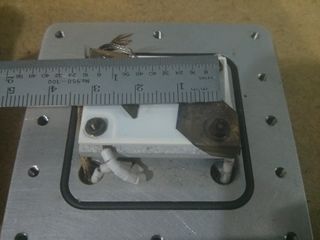 The guts of this cell is a Linkam THMS controller. Temperatures as low as -100 C are possible but since the 3D printed chamber is not vacuum compatible, icing can be significant. Development of a highly dried gas environment is underway to minimize icing. The cell can also support moderate heating, limited by melting the 3D printed chamber. We have maintained 50 C for many hours with no problem. A newer version of the chamber includes a magnetically secured removable cover. 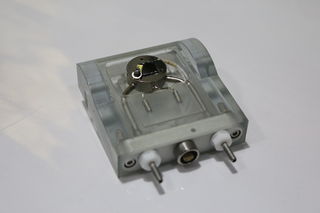 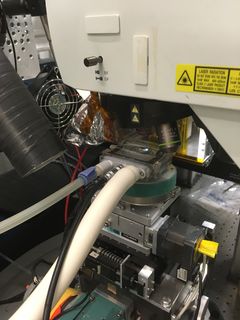 A small liquid flow cell is available with a peristaltic pump. A mylar or propylene film is pressed over the sample to maintain a thin liquid layer to minimize absorption of the x-ray beam. The same cell is often used for room temperature gas flow experiments. 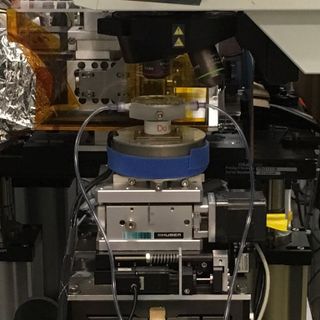 A dedicated exhaust is available in 34-ID-C for experiments involving toxic or flammable gasses. The flow rate was measured to be 70 cfm (1982 lpm). 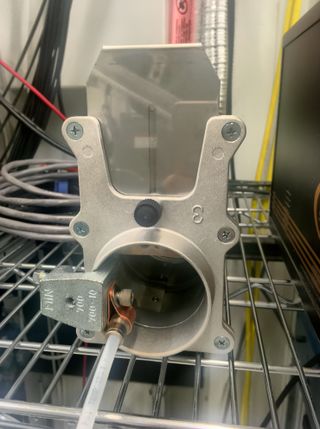 In-situ battery cycling is possible with a potentiostat that can be borrowed from the electrochemistry lab at APS. One can also be trained to load AMPIX cells in the echem lab. 34-ID-C also has an AMPIX cell holder compatible with the beamline. 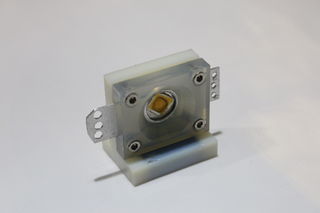 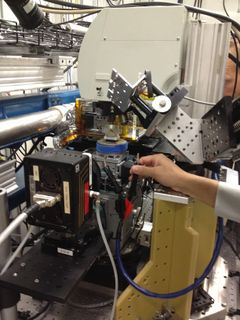 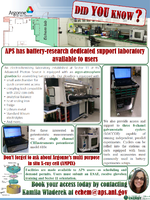 Available Detectors (resident at the beamline)

This detector is our daily workhorse. The structure of the GaAs needs to be divided out of the data. We have a collection of whitefield images taken at various energies. The pixels are 55 um, can run at about 100 Hz with 11,800 ph/pixel/read. 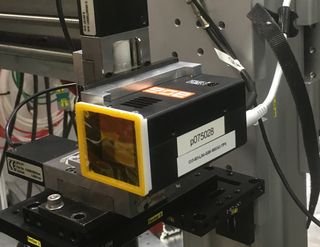 The first PAD used routinely at the beamline until 2017. It's still available if a second detector is required for an experiment or the Quad fails for some reason. It can run at similar speeds to the Quad detector but has radiation damage limitations. 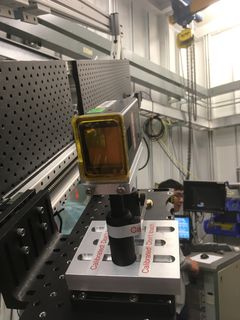 This was our workhorse for the first decade of the beamline. It's now used primarily for recording powder rings from battery samples during cycling. 1340x1300 with 22.5 um pixels. Runs at about 1 Hz or less reading full chip. ROI can be read faster. We only use this for CXD if we need the smaller pixels and larger area than the Andor. 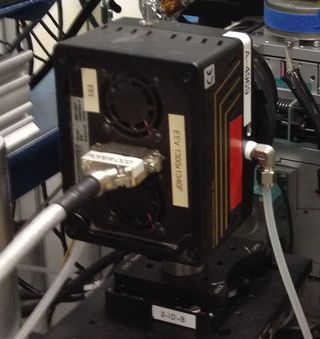 Used for only a couple of years, this CCD was added to the beamline just when Timepix was being commercialized. It's actually a very good CCD with low noise and relatively flat dark field background. 1024x1024 with 13 um pixels. Can read at about 3 Hz. Roughly 60 photon pixel depth at 9 keV. If we need the small pixels this detector is a goto. 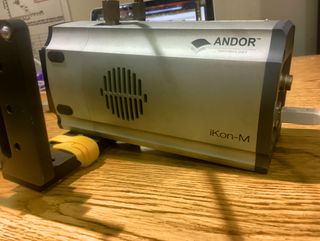 Used for x-ray fluorescence this detector has recently been calibrated and can be mounted in various positions to monitor fluorescence from a sample or measure elemental composition.

Available Detectors (Non-resident but on loan with scheduling)

Additionally, there are PADs available from the APS detector pool. Including Pilatus, Eiger, ASI Medipix3 and many others.